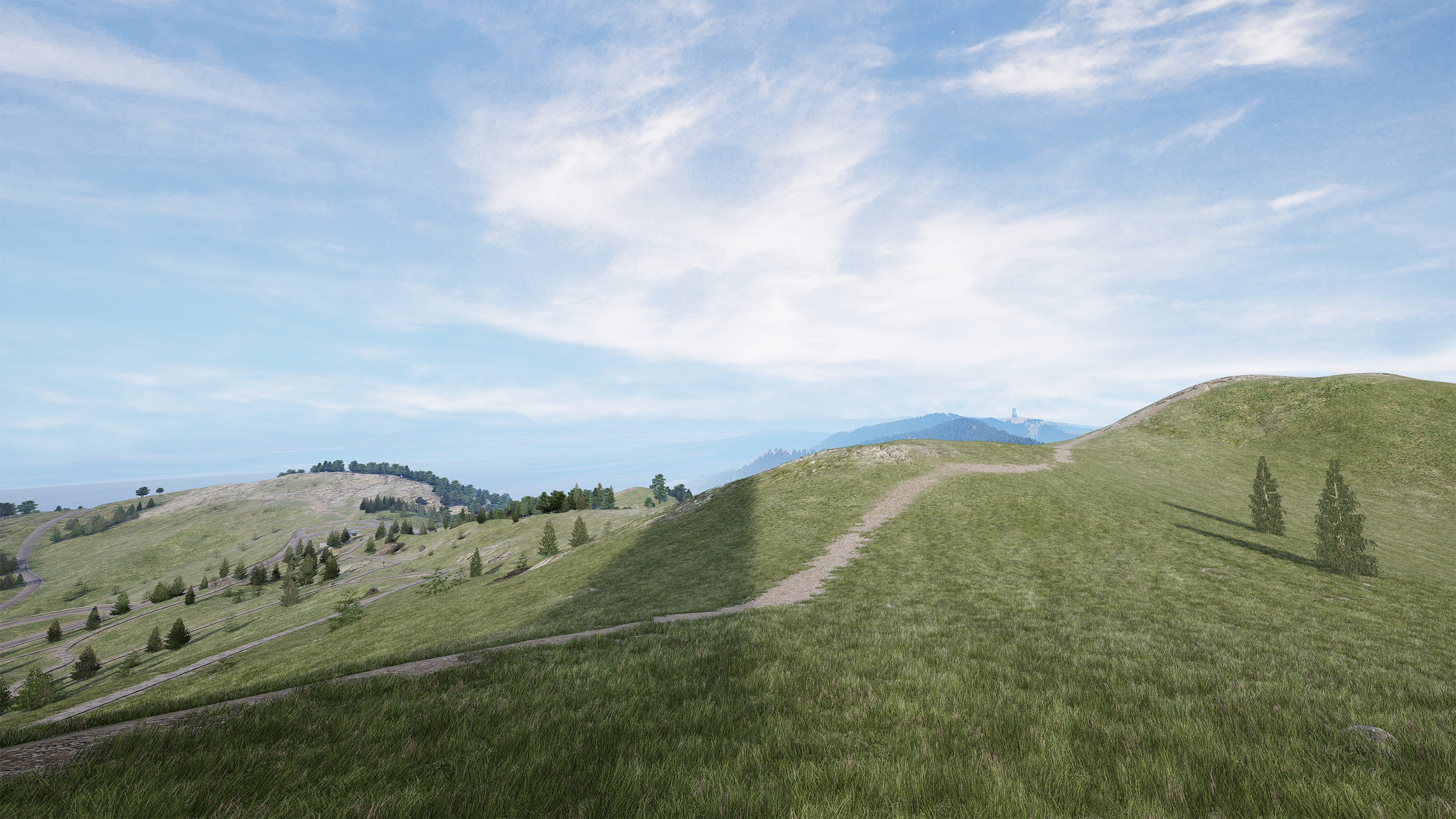 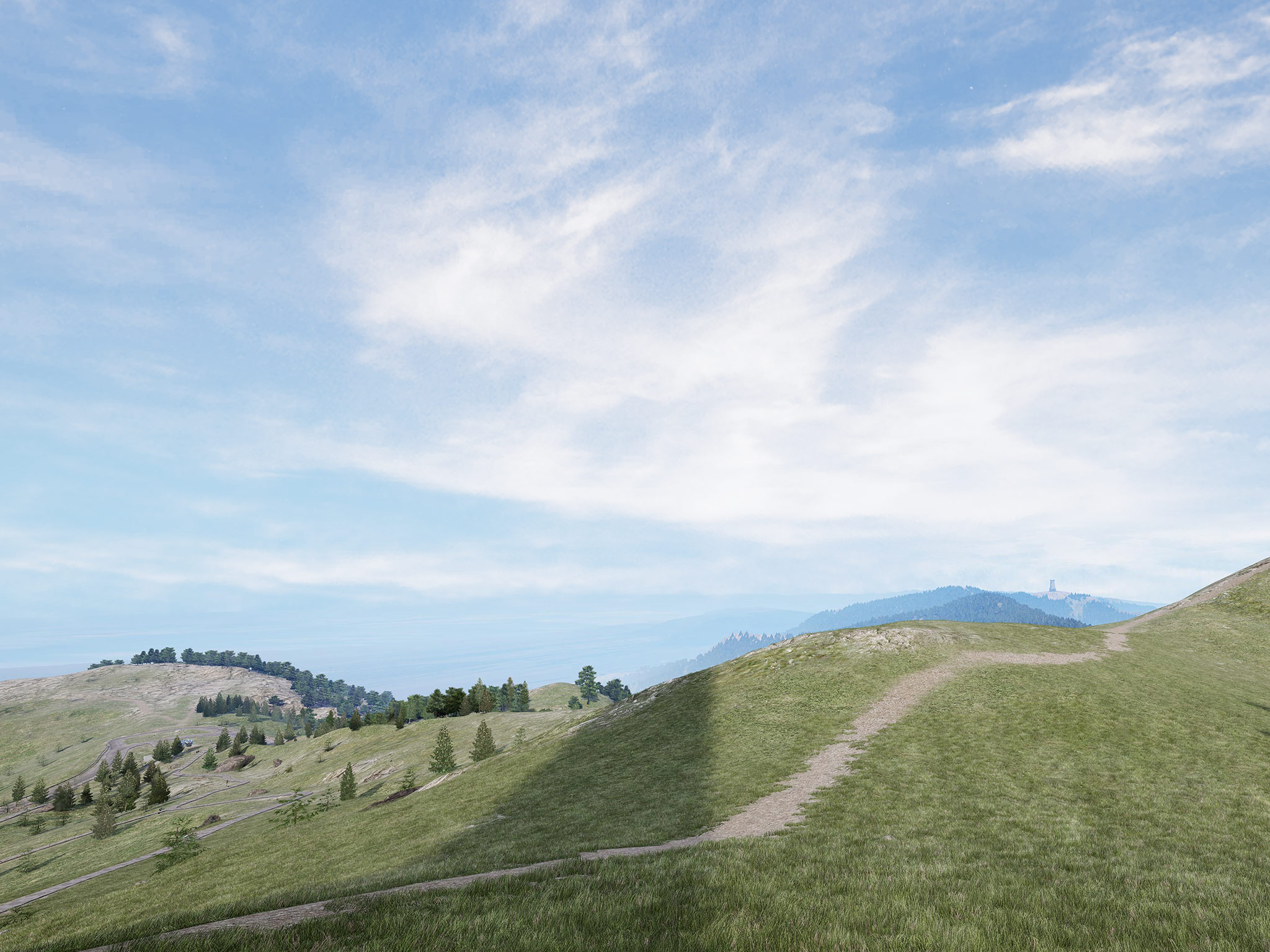 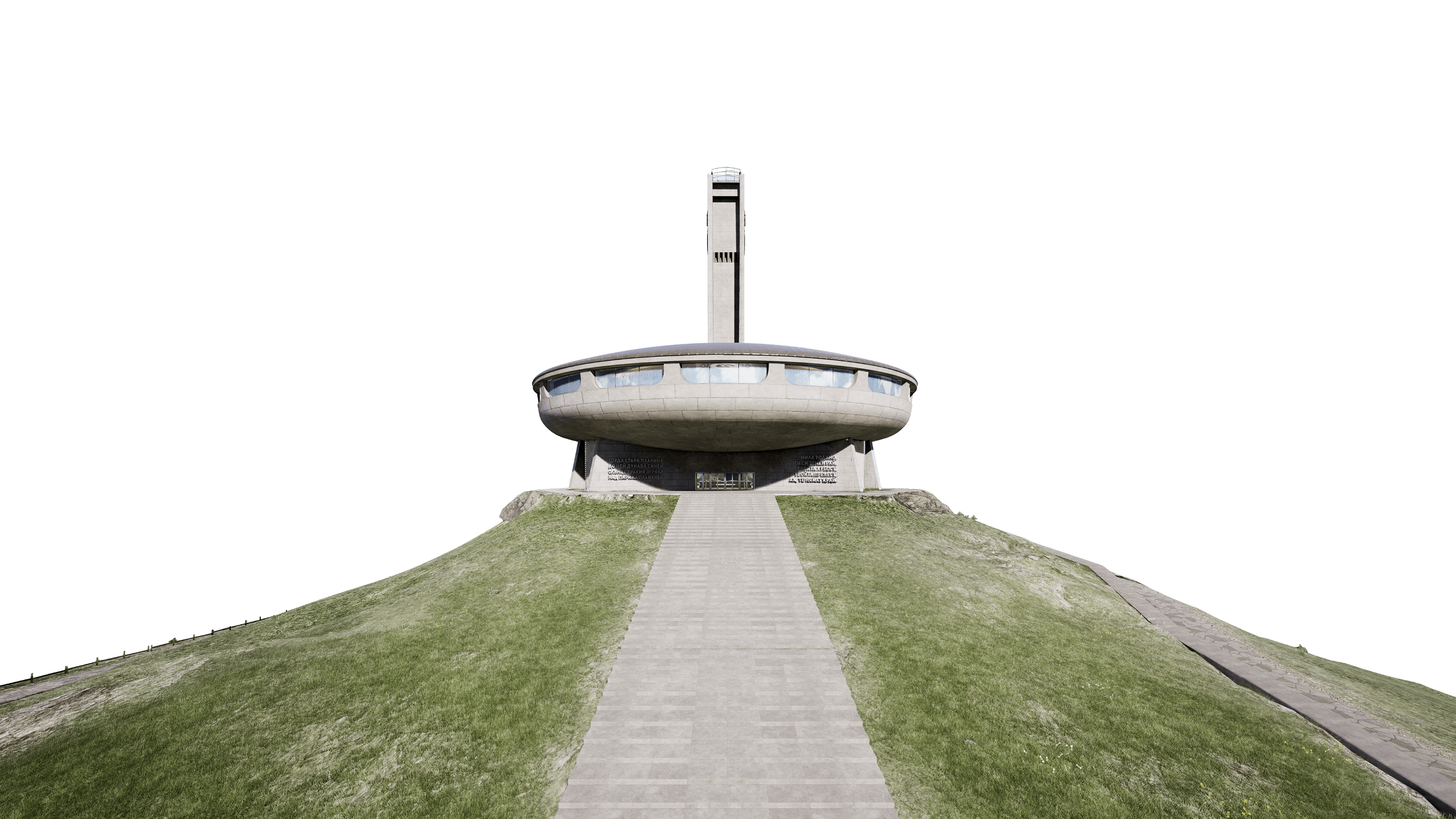 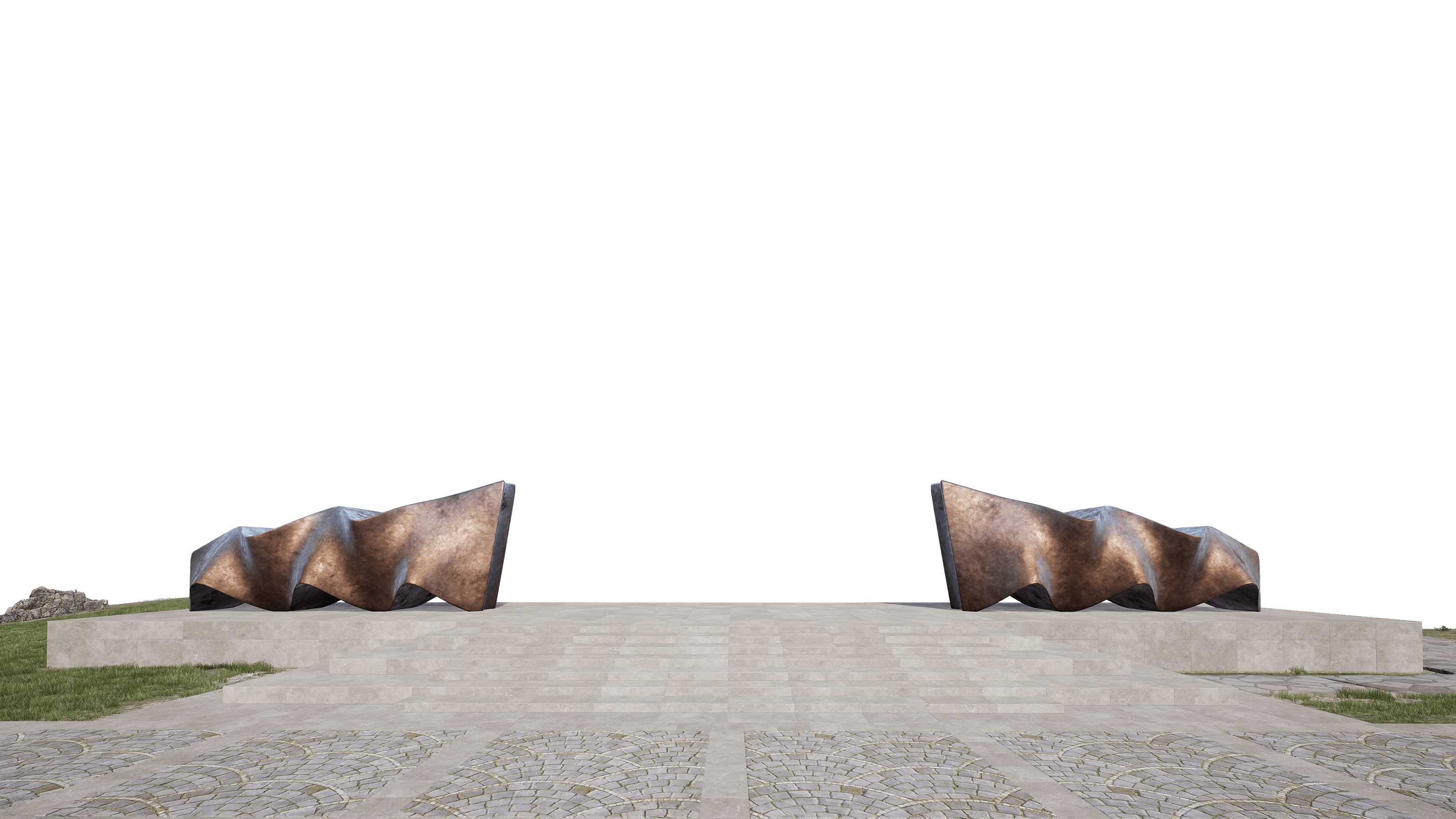 Explore one of Europe’s most iconic abandoned structures in VR 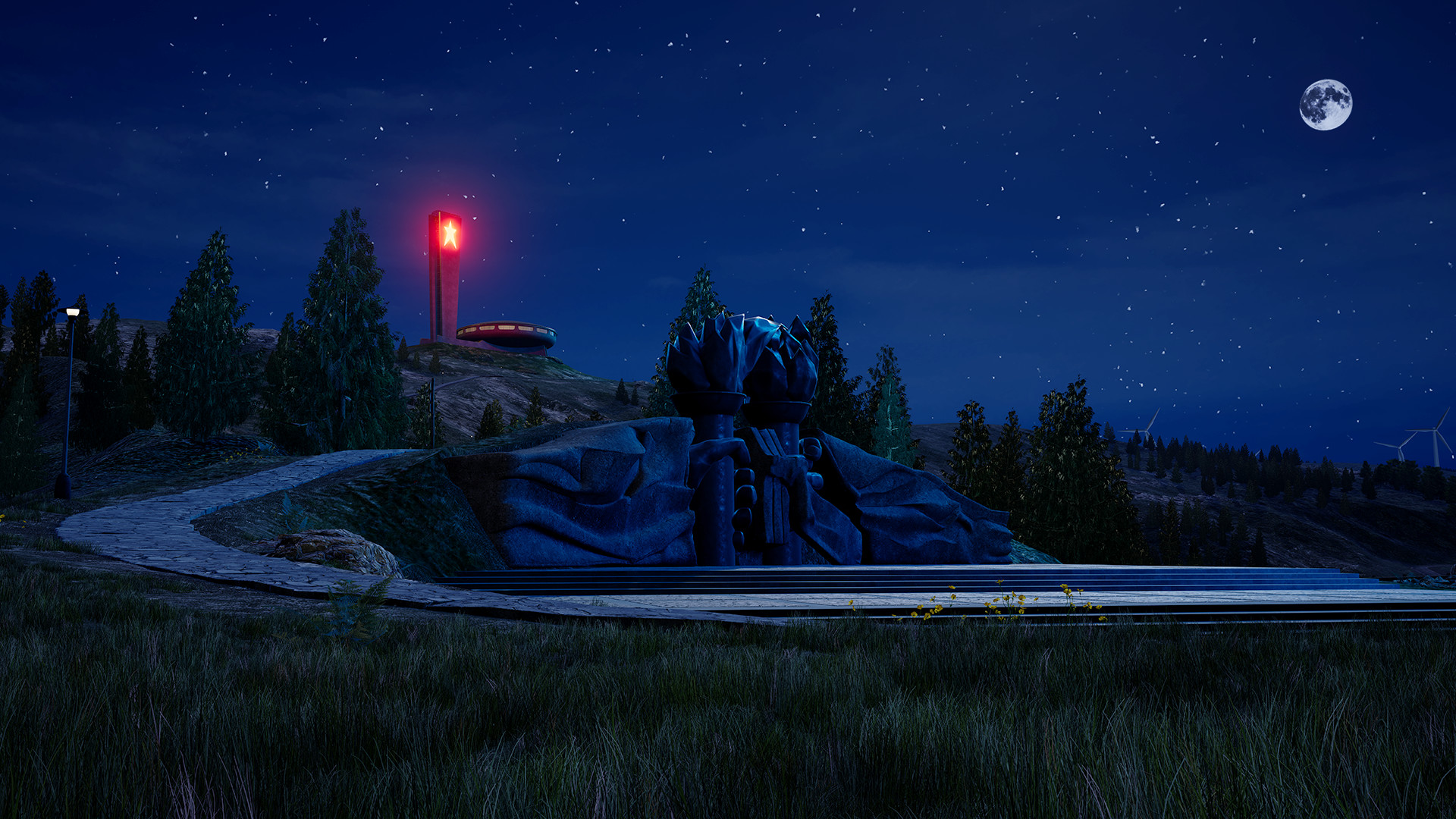 Embark on an immersive virtual reality adventure and discover a reimagined version of one of Europe's most iconic, abandoned structures.

Fly the helicopter, play the grand piano, climb the 70-meter-high tower, mess around with a wine gun, all while you uncover the secrets of this UFO-shaped communist legend.

Sense the scale of the megastructure and take in the atmosphere of the surrounding landscape. Immerse and entertain yourself with fun interactions, and learn about the history of the monument.

Requires a VR Headset and a compatible PC

GET IT ON STEAM

GET IT ON VIVEPORT 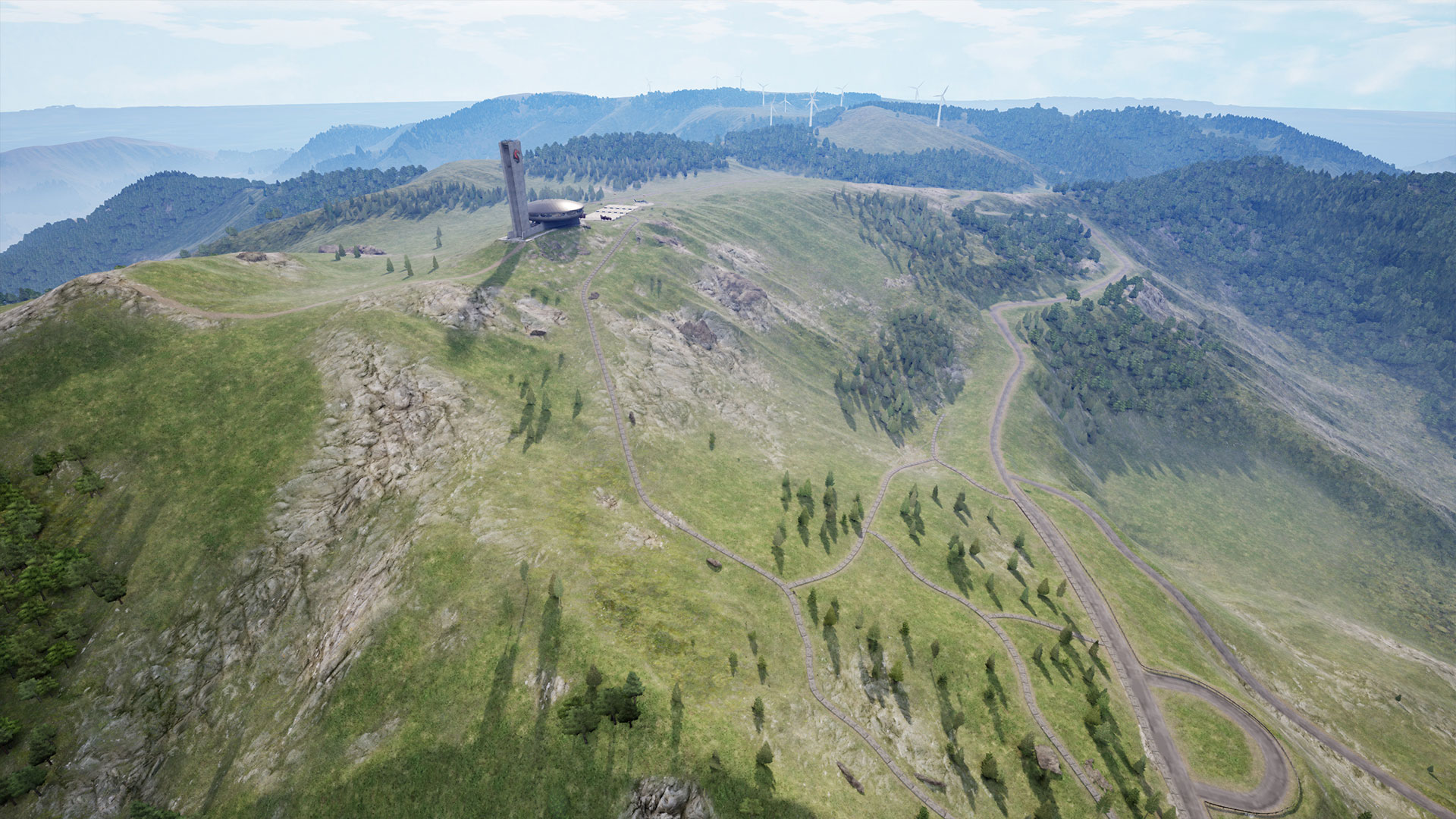 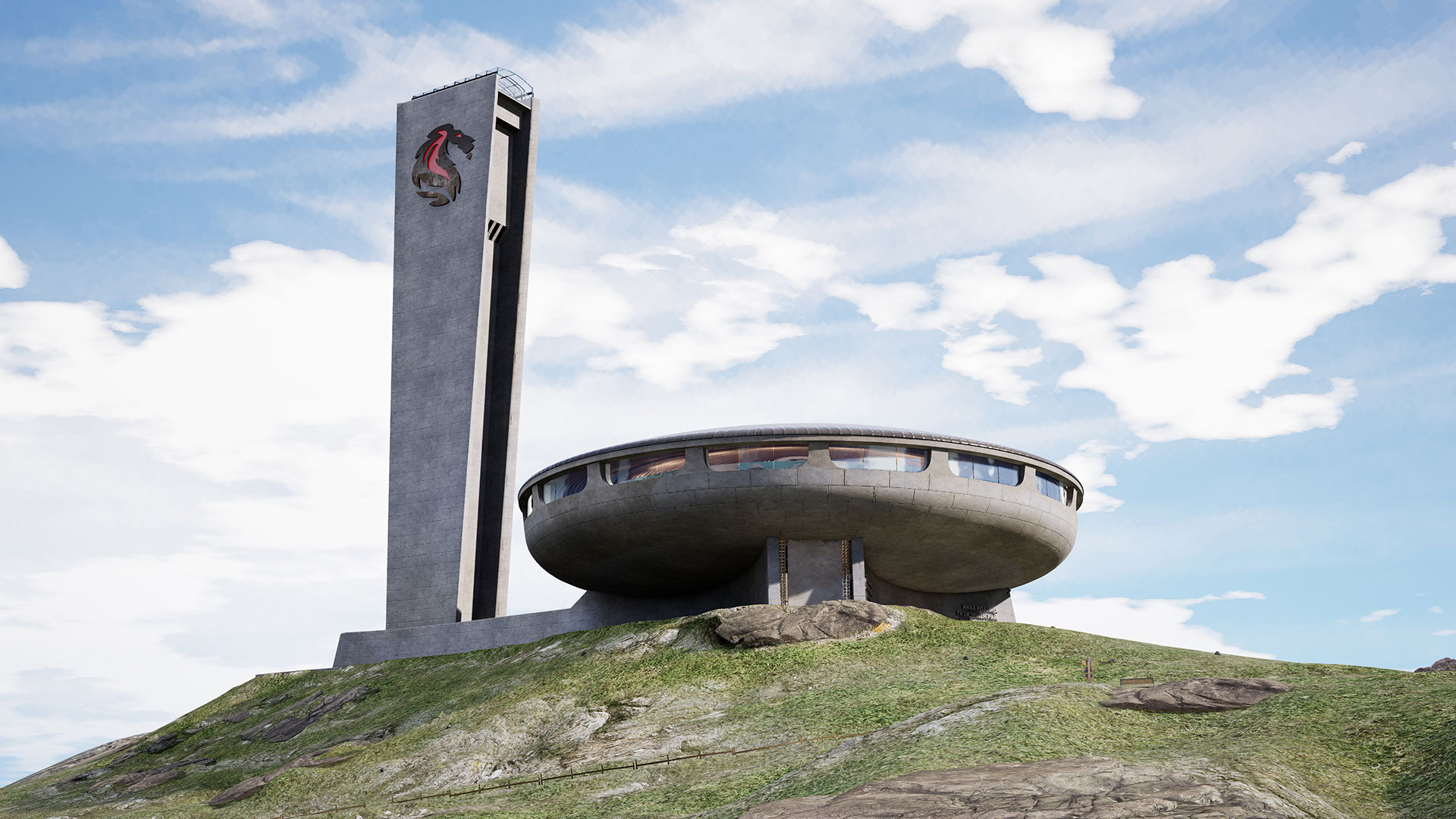 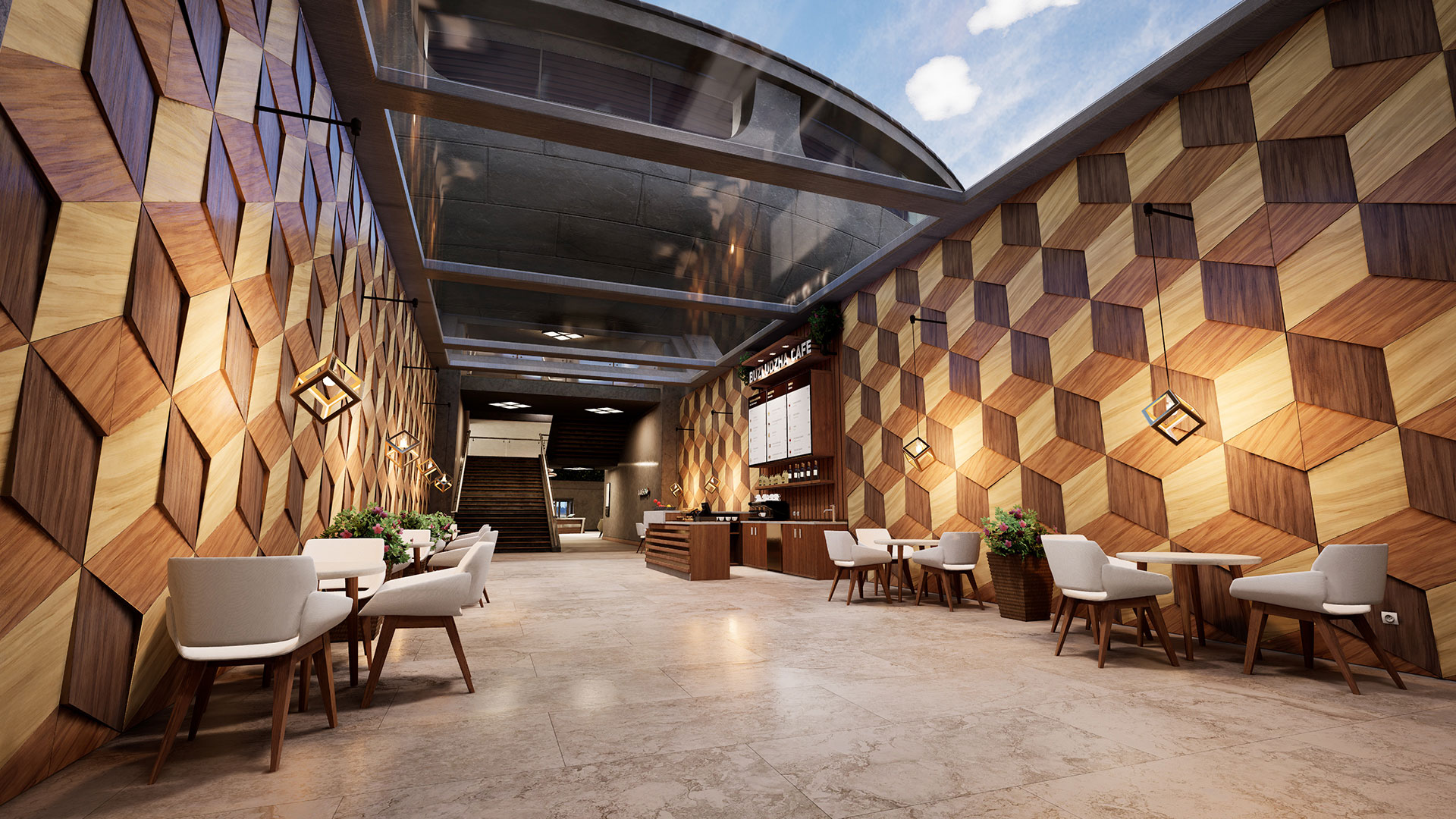 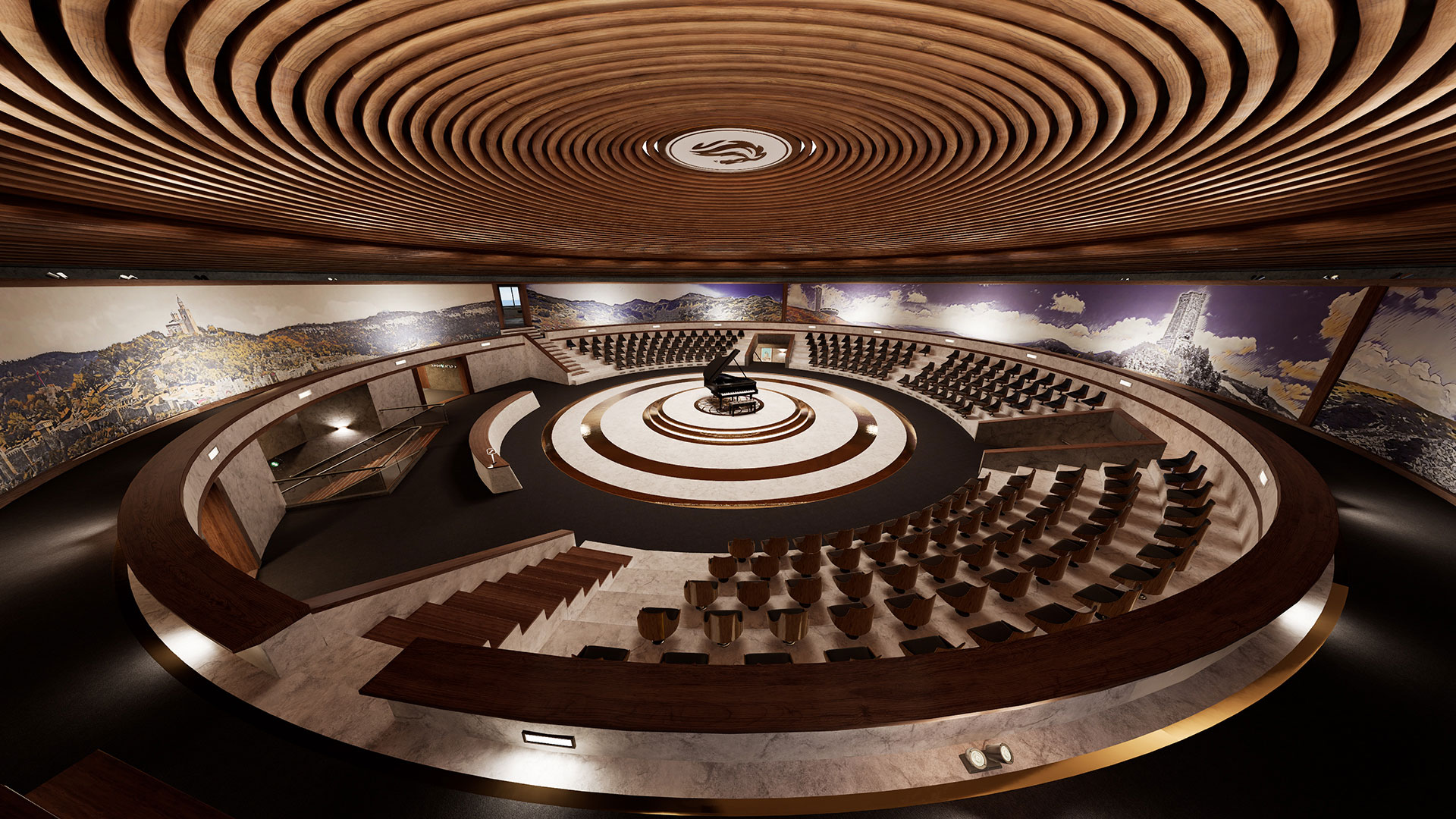 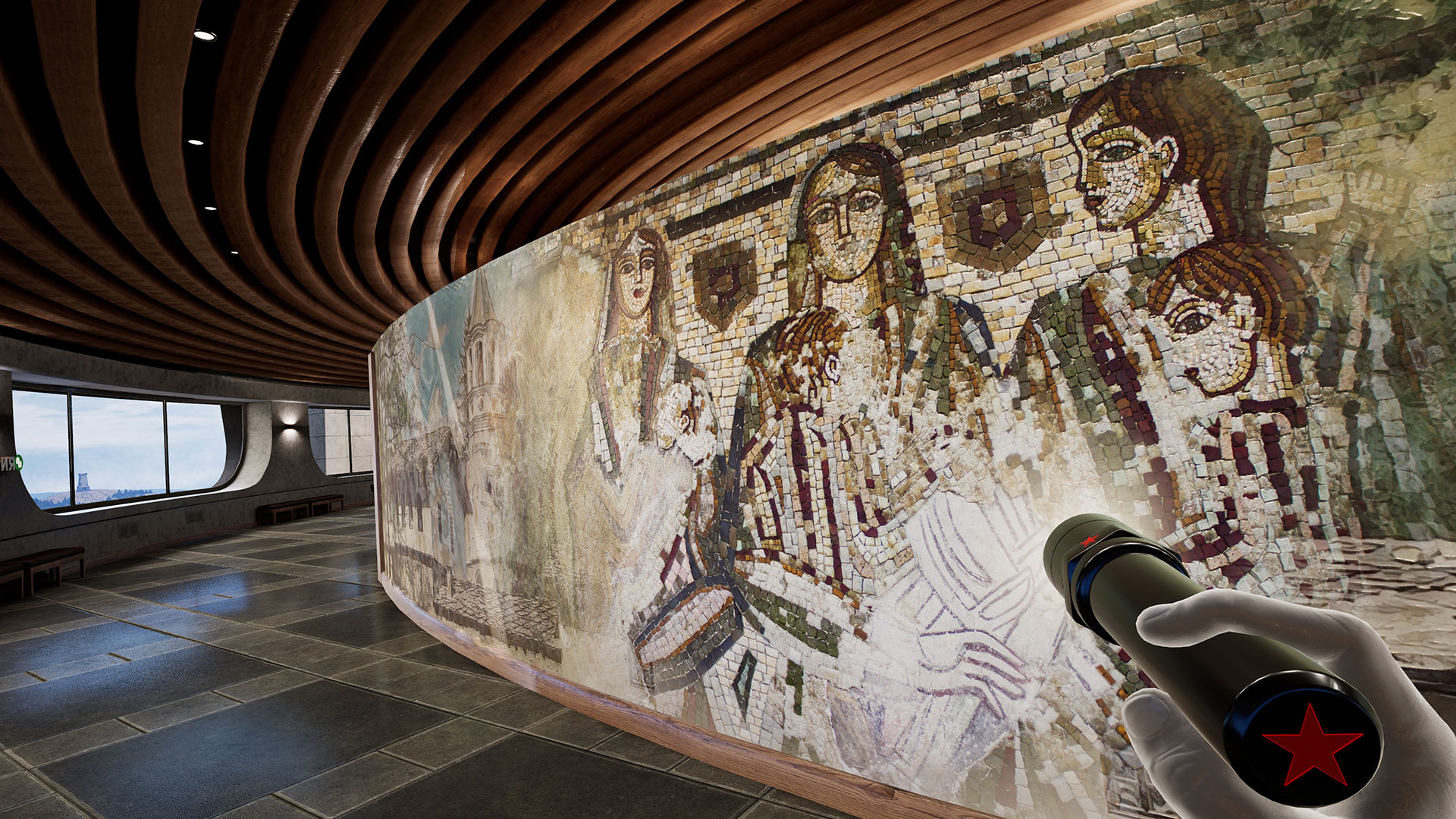 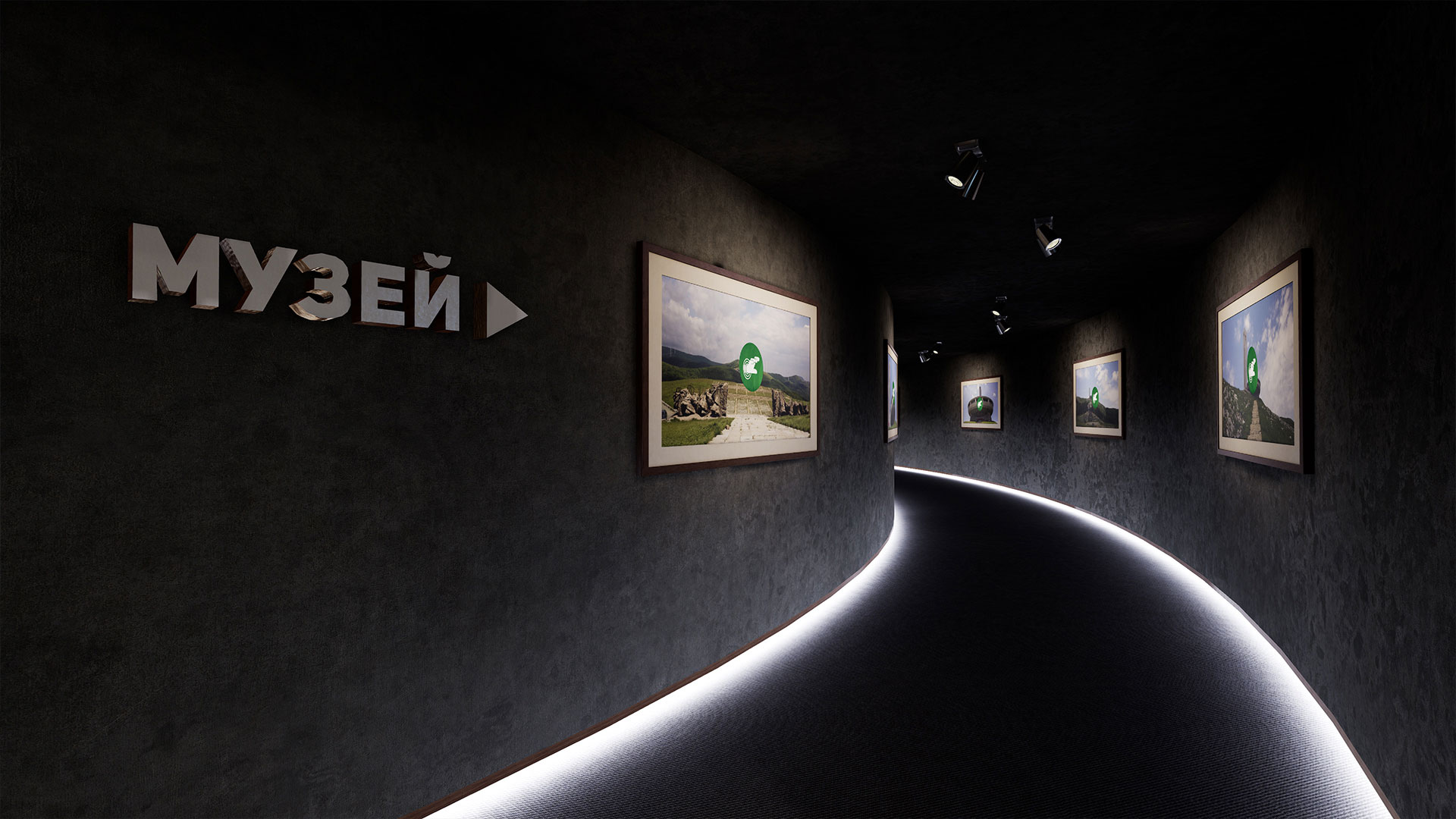 What people say about Buzludzha VR

Wow, a hidden gem! The developers did a fantastic job creating the environment and it is a joy to explore. There are a lot of facts about the site's history that you can find in and around the building, all nicely narrated and I'm pretty sure I didn't manage to find them all through my playthrough. There are plenty of objects scattered around the environment that you can interact with, my favourite one is the wine gun, so satisfying. You can even call in a helicopter and actually get to fly it which was neat. I still can't believe this building actually exists in real life. I'm adding Buzludzha to my bucket list of places to visit. Definitely give this one a go!

This is your only chance to experience the Buzludzha as it no longer exists in its original state. Top-notch graphics, it must have taken a ton of research and work to model it.  All the history and text is narrated really well. Plus detailed toilet interactions you'd never expect like lifting the seat, flushing, washing and drying your hands. The climbing and helicopter flying is icing on the cake.

WOW!!! Don't read anything about it, just go discover! A better nature walk sim than most nature walk sims! I better helicopter sim than most helicopter sims! Great graphics! Specular maps on the outside roof of the dome are awesome. Interactivity galore! Why was this programming talent devoted to presenting a crumbling communist icon as it stood in its glory days instead of making a great game... or did they do both?

...you approach the monument not only physically, but also with the right amount of historic information, from the "Big Bang" (they literally blew away the top of the mountain) to the night sky illuminating Red Star. One of the biggest selling points for AR/VR in history telling is the potential to switch between states and Buzludzha VR makes use of that!

...the attention to detail is a testament to the passion behind this project and provides incentive to thoroughly inspect every nook and cranny of the structure for things to see and do.

Situated on top of a mountain over 1400 meters above sea level, the Buzludzha monument is like something out of a science fiction movie.

This UFO-shaped structure was built in the 1970s to commemorate the 90th anniversary of the founding of Bulgaria's Social Democratic party.  After 7 difficult years of construction, the monument was officially opened to the public in August 1981. For the next 8 years, it was used as the headquarters of the communist party.

However, in November 1989, Bulgaria ceased to be a communist state and the building was promptly closed down. After years of disuse and with no further maintenance, the abandoned structure began to deteriorate and suffer from acts of vandalism.

Thanks to the building’s unusual design and unique location, it did not take long for Buzludzha to become one of Europe’s most iconic abandoned sites. It continuously attracts urban explorers from all around the world.

Stay up to date with the latest news regarding the project

Buzludzha VR is officially out and available to download on Steam